I am a self-proclaimed geek, and proud of it. I like the things I like, and don’t apologize for it. However, there are some who do have a problem with it, and would challenge my right to be geeky.

In my posts “Pardon Me While I Geek Out” Parts 1 and 2, I mentioned that I feel geekiness is a relative term, and that it covers many different areas, not just what people think of as your typical “sci-fi nerd”. And “geek” traditionally means something rather negative to outsiders; the general public tends to think of “geeks” as people who live in their parents’ basements programming computers. (The same computers they all use to post their blogs about fashion or gardening or sports.)

Anyone who identifies with the term knows it’s about so much more than stereotypes. It’s a lifestyle, based on interests, passions, and drives. And while we seem, on the whole, to be slightly more appreciated than we were 20 years ago, there are certain aspects of our culture that make it clear we’re still assigned a group, a niche — and it’s a minority.

But can that really be right? Harry Potter and Lord of the Rings, both the books and the films, with all their magic and wizards and fantastical creatures, are two of the bestselling series in the entertainment market in the past decade. And there’s the intense fan following of programs like Downton Abbey — history is cool again (rather unexpectedly to some). The industry is churning out movie adaptations of modern dystopias as fast as they can, to keep up with the surging book sales. And while films being made from the stories of popular novels is far from a new concept, the fact that so much of the subject matter these days focuses on topics that were “geeky” a few eye-blinks back certainly is.

I like to read. I happen to like to read fantasy. There is no need to ridicule my choice of reading material. To accuse me of hiding from the real world. Let’s see — I have an autistic teenager, a toddler who was a preemie, I’ve been in and out of more doctors’ offices than I care to count in the past several weeks between my own health issues and the baby starting up physical therapy again… Believe me, I’m aware that the real world exists — and quite frankly, I want the chance to escape from it sometimes.

Since apparently a whole lot of book-buyers and movie-goers out there agree with me (according to the stats in newspapers and magazines), why are we still only given our little corner of the world? Like it’s acceptable to dream of how it would feel to fly and discover ancient languages only when millions of dollars in sales are already attached to it?

Doesn’t it make more sense to decide that, rather than keeping us “on the outskirts” of society, we’re the ones to look to for creative problem solving, innovative planning, how to fix broken methods, and in fact possibly alter the future of the next generation? People who refuse to be constrained to the limits of their time or culture have made human lives better over and over again (some examples — Thomas Jefferson, Winston Churchill, Dr. Martin Luther King Jr., Sir Isaac Newton, Benjamin Franklin, Louis Pasteur, Albert Einstein, Maria Montessori, Susan B. Anthony, Amelia Earhart, Florence Nightingale, Mother Teresa, Abraham Lincoln, and Jesus of Nazareth).

Why can’t I cross the boundaries of cultural distinctions? Why can’t I “think outside the box” and still be “acceptable”? Why can’t I like fantasy fiction and historical fiction and ballet and cats? Why can’t I believe in God and wish that I could step through the wardrobe into Narnia or Middle Earth? There was an interesting discussion on another blog recently (no names mentioned just in case you wouldn’t wish it, my friend), about how certain types of people are definitely under-represented in fiction (books, movies, etc.), or they’re only presented as the antagonists. Many people take issue with that; so do I.

Who came up with the depictions of heroes/heroines that we so often refer to today? Two big examples spring to mind right away — Jane Austen and Charles Dickens. In their time periods, they were seen as “unusual” or “nonconforming”. Ms. Austen never married, and supported herself by her pen, and that idea in Regency England was nearly scandalous. She wrote about women who insisted on marrying for love, not money or position — something else that was nearly unheard of for the nobility back then. And what do you mean you want to write about poverty and social injustice, Mr. Dickens? Are you kidding? Don’t you want your middle-class neighbors to like you?

Well, guess what — Elizabeth Bennett and Emma Woodhouse, Oliver Twist and Nicholas Nickelby have been beloved by centuries of readers — of all social classes. And they’ve formed the basis for so many of the archetypes in literature that the “popular people” look to for inspiration and enjoyment when they read.

So, here is where the problem begins to emerge: The “majority” in our culture have all gotten on board with certain literary ideas, and seem to feel that these ideas should always be present when determining how to write a particular character type. Translation: The hero should always be ridiculously handsome, dashing, shockingly intelligent, come from an amazing family, be independently wealthy, and ready to sweep the heroine off her feet. The heroine needs to be devastatingly beautiful, fabulously fashionable, the life of the party, and well-educated but still ready to set aside whatever career ambitions she may have in order to get married to said hero at the moment of her first swoon.

Anybody else hearing me?

Personally, I have never related to women like that; nor have I ever met a man who was totally perfect. In my entertainment, I really like to find characters who have flaws — a little bit of pride, anger, frustration, resentments they’re working through, maybe they’re impulsive and it gets them into trouble. You know, actual, realistic things that we all deal with. That’s why Harry Potter is so great — not just because the heroes are seen as still human, but also because there is more than one side to several of the antagonists (Severus Snape, anyone?).

And, as a female reader, I look to fictional women that I can relate to — me, who is a wife and mother, but also a dance teacher, a writer, and someone who honestly hates dusting and ironing. (Sorry, Snow White, but I never whistle while I work.) The “non-traditional” heroines who stand out to me are Almathea in The Last Unicorn, Sarah in Labyrinth, June in Legend, Scout in To Kill a Mockingbird, Abigail Rook in Jackaby, Susan Sto Helit in the Discworld series, and Bluestar and Yellowfang in Warriors.

(Go look them up, everyone.)

Trying to find books and movies (and don’t even get me started on television offerings) that portray relatable female protagonists, for me, can be really, really hard. It seems that the market is not encouraging writers to push the limits, stretch the conventions, or challenge the status quo. There are a handful of original ideas to come out since the 21st century began (see some of my above references), and now there are many, many imitations being published or filmed, just with different names and locations. (I know I’m not the only one who feels this way.)

What about those of us who aren’t comfortable following the crowd?

Don’t lose faith in your geekiness, friends. Don’t pay attention to the naysayers. Listen to your heart. You know where you find inspiring stories — and characters — and create some of them yourself. Be brave; get out there; stand by your choices.

Remember — “and the geeks shall inherit the Earth.” 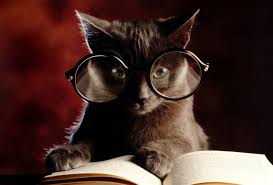 3 thoughts on “And the Geeks Shall Inherit the Earth…”