Warning: For those of you that are not a fan of reptiles or anything with more than four legs, you might want to skip the pictures this time.

What, me, have something other than adorable and awww-inducing pictures of animals in a post? Yup. Sorry. Hey, didn’t the title tip you off a little?

Last night, I took my sons to the annual visitation of a local snake and reptile handler at the library. White Fang has gone every year since he was in middle school, but this was Muffin’s first time. And mine. Usually I drop White Fang off and hurry away to wait for the event to finish. I do. Not. Like. Snakes.

But last night, I stayed, partly to help supervise Muffin, partly to witness his reaction to this new experience.

I have to admit, I am really glad that I hid my reaction from him.

At first, it wasn’t so bad. They started off with a huge (not kidding on the huge bit) bullfrog, and a tortoise. That I could handle. But then we moved on to the baby alligator (which Muffin thought was awesome — me, not so much), and then, eventually (finally??) the snakes. These are serious snakes, too. This guy owns one of everything, from little ball pythons to the big Burmese pythons, to rattlesnakes and cornsnakes that were rescued from getting stuck on a tractor trailer (making deliveries from southern states, including — to the surprise of the driver — a lost venomous snake), or from being illegally held as pets and wrongly released into the wild without proper supervision from authorities. So, while I appreciate that this guy is keeping our children and our pets safe, I’m not quite sure I have sympathy for the reptiles themselves.

The fear factor carries a lot of prejudice with it. Although I managed to do pretty well with the smaller snakes and even the tarantula (her name is Rosie), I was still rather uncertain about letting Muffin touch any of the animals at the end of the show.

This is the part everybody comes for — after the structured informational session, everyone has a chance to get up close and personal with some of the safer reptiles. I already knew this since White Fang has been attending the event for years — and he’s been more than happy to tell me what animals he’s gotten pally with. 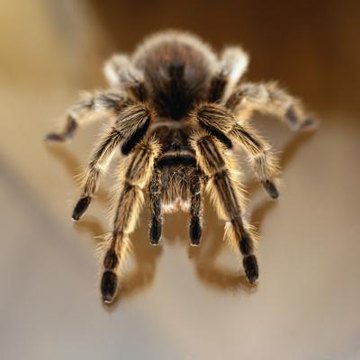 Before the after-show commenced, I’d decided Muffin was allowed to make friends with the baby tortoises, and that was that. At first, he was cool with it — he actually followed directions really well, and didn’t need much help holding the little shelled beasts gently and respectfully. Lovely.

Then White Fang announced he was going to hold Rosie. And continue his yearly tradition of having his picture taken with Boo. Boo is a six-foot-long albino Burmese python.

Yes, that’s what I just said.

And, of course, Muffin wanted in on the action.

Luckily for my heart, I was already aware that Boo is a rockstar of docile snakes, and has traveled to many local events and never had an incident involving children (or adults, for that matter). But still I, personally, have never gotten very close to her.

White Fang held Boo. Muffin stood next to him and pet Boo’s tail. I took the pictures. And I was within 4 feet of Boo, to be able to get a decent focus.

I didn’t freak out when Boo turned her head towards Muffin’s face and actually made eye contact. (Neither did Muffin, by the way).

And when Muffin held Rosie the tarantula (yes, I’m still telling it like it was), I didn’t experience a coronary episode. (And that was an achievement, let me tell you. This is the nosiest spider I’ve ever seen. It was all crawling up people’s arms and, “Hey, how’re you doin’, let me see what’s over here!…”)

So, while I survived the night, I wouldn’t consider myself over my fear of snakes, spiders, or anything that legit could kill me in the desert or the swamp. And I don’t anticipate traveling to Florida or Mexico anytime in the near future (or, realistically, ever).

But, I looked a Burmese python in the eye, and, interestingly enough, felt pretty good about it.

6 thoughts on “Way Outside My Comfort Zone”