So, apparently I live under a rock, because I’ve only recently heard about Marie Kondo, and the ire of booklovers she incurred by suggesting, as part of her decluttering program, that you shouldn’t hesitate to get rid of books.

It’s a topic I’ve touched on before — decluttering, as well as whether or not to keep all the books you ever purchase or acquire. When I was younger, I read up on what was then a hot bandwagon — Feng Shui — which is basically what Marie Kondo is doing and just re-branding it. (Sorry, folks, nothing new under the sun.)

But, anyway, I do believe there are instances when keeping books you simply didn’t like becomes a rightfully big debate — and it’s not as clear cut as “I didn’t like it.” There have been a lot of books I’ve read that I didn’t care for the style, the plot, the characters (maybe all of these!), but I could see the value these titles would have to someone else. Or there was a deeper reason I didn’t just aim for the recycling bin. In fact, many reasons.

Here are my breakdowns of why and when it’s okay to get rid of books, and how you should do it.

Why you don’t have to keep books:

You just know you’re never going to read it again. And this does not make you a terrible person, nor give the rest of us the right to revoke your bookdragon license.

(It’s one of the best things about libraries — if you turn the last page and have a sour taste in your mouth, the objectionable item simply goes back to the dropbox. However, if you spent money on something that just didn’t do it for you — or even worse, makes you downright ticked off — then you may feel guilty for tossing it in the Goodwill bag. I’ll get to more on that in a minute.)

It turns out there’s a more appealing edition out there. Maybe the paperback cover catches your eye more than the initial hardcover release. Or there’s a new printing of a favorite classic, yet something will have to move in order to make room on your shelves.

You’ve outgrown something. In this case, I’m particularly thinking of that romance or mystery series you loved when you were 14…but now you’re 22…or 32, and you realize your last re-read was somewhere around 2011. Nostalgia will live on, regardless of whether you still own the items.

(Take a deep breath. It’ll be okay. I promise.)

You do just have too many books. For the amount of space in your house. Or you’re moving, or going traveling for a long time, or changing jobs and a lot of that material now feels irrelevant. It really is all right to engage in a purge.

How to pass on these rejections — ahem, these still-valuable objects that have brought something to your life, and will affect the lives of others:

A secondhand shop or charity donation. Goodwill loves getting anything in decent condition that will have quick turnover. And many bookworms frequent charity shops because of the prices and the variety. And remember, one man’s trash is another’s treasure came to be a cliche with good reason. Books are subjective!

Give to a friend or relative whose cup of tea is absolutely that genre or topic. You don’t even have to tell them that you personally didn’t like it. It truly doesn’t matter. One man’s trash…

Local libraries are always happy to take what you don’t want. Libraries are on tight budgets, and us giving them next-to-new books that they can add to their catalogues, or use in fundraising sales, or as prizes for summer reading programs totally makes their day.

You can sell book club or subscription box editions, and it’s honestly not a crime. The tricky thing about places like Amazon is that they generally won’t take special editions for re-sale. But Owl Crate, for example, has its own Facebook page for buying, selling, and trading titles from past boxes that didn’t fit your fancy. It’s all above board, and lots of people are happy to pay you a few bucks to receive that edition or that merch they missed out on at the time.

What about ARCs? This isn’t as big a deal as it was; most bookworms have started getting together to swap ARCs that they no longer have a need for. It is important to only give away ARCs, though, especially indie advance copies. Since final changes to a manuscript may not occur until after ARC feedback begins coming in (this goes for traditional and self-publishing), you can’t correctly (or ethically) sell an advance copy as a “finished product.” Plus, indie authors need every single royalty we can get — and we foot the bill for our ARCs, not some big-bucks professional marketing team. So if you sell an ARC we didn’t get a royalty for…that not only literally robs us, it’s just plain a slimey move.

The long and short of this discussion, though, is that, while it’s perfectly okay to get rid of books, there are proper ways to do so. Books, even if they’re mass produced, are the direct result of people’s very hard, usually original work. It’s like any other piece of art — and, yes, we should be thinking of books as art, period.

Even non-fiction. Even erotica. Even religious texts or teachings we may not agree with. You can (and should) have your own opinion on what you believe is worth reading, and why. But so many of us who think Picasso was an idiot or that Jackson Pollock is overrated still wouldn’t just toss their paintings into the nearest dumpster. So, don’t do that with any objectionable reads you come across, either, okay? 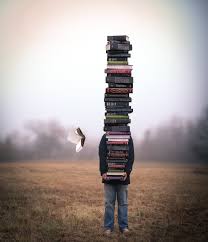 7 thoughts on “Is It Wrong To Get Rid of Books?”