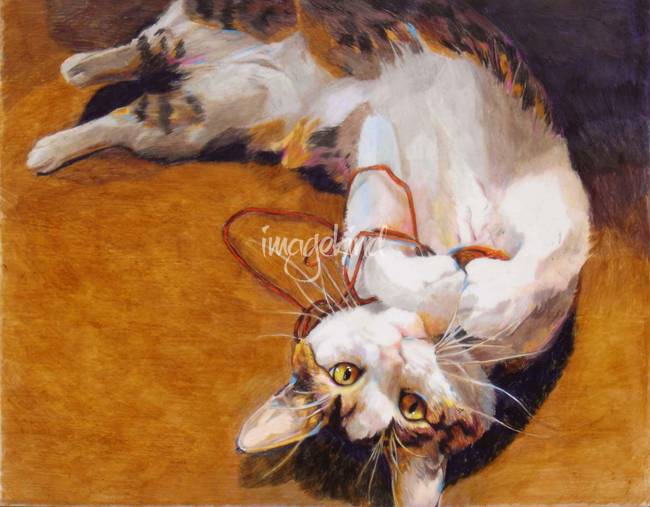 Yes. I feel pretty good about where my word count is, and where it is likely to be by bedtime tonight. And this is something I need to share.

Number one: All this art was drawn by Ms. Stiefvater herself. She is an amazing artist, not just a unique and talented author. I like to use photographs of her originals when singing her praises, and giving credit where credit is absolutely due.

Number two (but really also part of Number one and what spurred this post): A few weeks ago, I read an essay via a link on Maggie Stiefvater’s personal Twitter account that got me thinking. For very good reason. It was a detailed, private journey of how she spent years living with an undiagnosed, serious illness. There’s no way the decision to put all of that into text and release it to the internet was made quickly. She was brave, to share the intimate moments — how devastating her symptoms were, how many doctors brushed her off, how some of her fans panned books she’d struggled to complete while terribly sick.

Number three: Not only was I in intense admiration of Ms. Stiefvater’s courage, but I was also struck (how could I not be??) by the flat-out awfulness she went through before receiving proper treatment (she has an adrenal gland defiency). And I realized something personally — I was indeed one of those fans who was unfairly judging the books released between 2014 and 2017. I remembered, sharply, almost painfully now, acquiring them from the library and reading them, and thinking that they were okay, maybe even pretty good, but that they didn’t feel “like a Maggie Stiefvater novel.”

And after finding out why I got this impression, I felt guilty.

The sticky truth about the relationship between authors and readers is this: Sometimes, your favorite author will write something you just don’t care much for. It could be for a myriad of reasons. Maybe the subject matter just isn’t your jive; or you and the characters didn’t click all the way. It is all right not to be dancing down the street about every new publication.

However. Having said that, I’m going to stress the importance of distinguishing between: This one just didn’t do it for me, and What the hell happened to this author?

As a reader, I have done it myself. Including with The Raven Cycle and All the Crooked Saints. And now that I know she was hoping to avoid literally dying while writing some of those titles, I do feel ashamed. 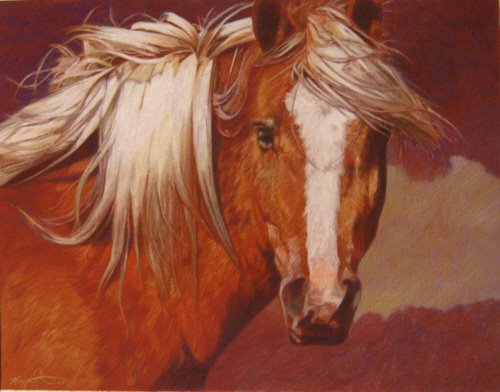 I didn’t know until pretty much everybody else did that Terry Pratchett had Alzheimers’ disease. Once I found this out, I wanted to avoid whatever books he published in the last few years of his life, for fear of them not resonating in the same way as the early Discworld canon that changed my life. Yes, this is the truth. Terry Pratchett was an author that made me want to write again, during a dry spell after becoming a first-time parent and moving abroad. To have that shattered, to have that robbed of me by a stupid, invading illness, would have been utter rubbish.

“Hey, moth, how do you think he felt? He was the one with the life-altering circumstances and crappy diagnosis that stole his words.”

No, you don’t have to say that now. Yes, I caught on to that, a while back.

I have read a few of the final Discworld books, suspending judgement and disdain. I was able to pick out the golden nuggets of the-heart-of-Pratchett, still within the paragraphs his co-writer must have worked hard on, so that the stories would at least somewhat click with the fans. And it does feel that they stayed true to the characters, and the general premise of the world.

The last title in the series, The Shepherd’s Crown, includes a scene that made me cry for about 3 hours straight. It killed off a major character, and did so in a way that made it clear: this was a moment of Sir Terry coming to grips with his own impending mortality.

And you can tell, by the style, by how it made you feel in your soul, that the writing was all him.

After reading some of Ms. Stiefvater’s live tweets regarding The Raven Cycle, leading up to the release of her next trilogy, it occured to me — I had given this series an unfair slam. I’d had no idea what she was going through; and despite the saying “ignorance is bliss,” ignorance really just makes for some embarrassing gaffs.

At the moment, I am re-reading The Scorpio Races. When I finish, I’ll be starting afresh on All the Crooked Saints and The Raven Cycle. Now the moments that didn’t quite strike me or seem “Stiefvater-y” will make sense. It will feel like reading these books for the first time, because my preconceptions have been stripped away, and my eyes are fresh.

I don’t want to close off my heart to an author that had it so completely after The Wolves of Mercy Falls. The idea of totally missing what so many others adore about “her other series” unsettles me.

To a point, is it all a subjective matter of taste? Well, yes. And I shouldn’t feel the need to apologize for my own taste.

But not having the whole story before I make a final determination is an action that goes against the very grain of who I am.

In the end, I may not like the ravens and dead Welsh king more than the temperature-controlled werewolves and water horses. The owls and confused saints and lost pilgrims in the desert may still not be somewhere I revisit frequently. But I will know the whole truth of it all, and my conscience can be clear.

And then, I’ll be ready to proceed to Call Down the Hawk, the first in a new trilogy, spinning off from, but not based on, The Raven Cycle. And I may be very excited about it. Even if I’m not thrilled, I won’t feel this awkward distance between me and, quite honestly, one of my favorite authors.

I’ll want to read it — simply because she wrote it.

That’s the best every fan — and every artist — can hope for. 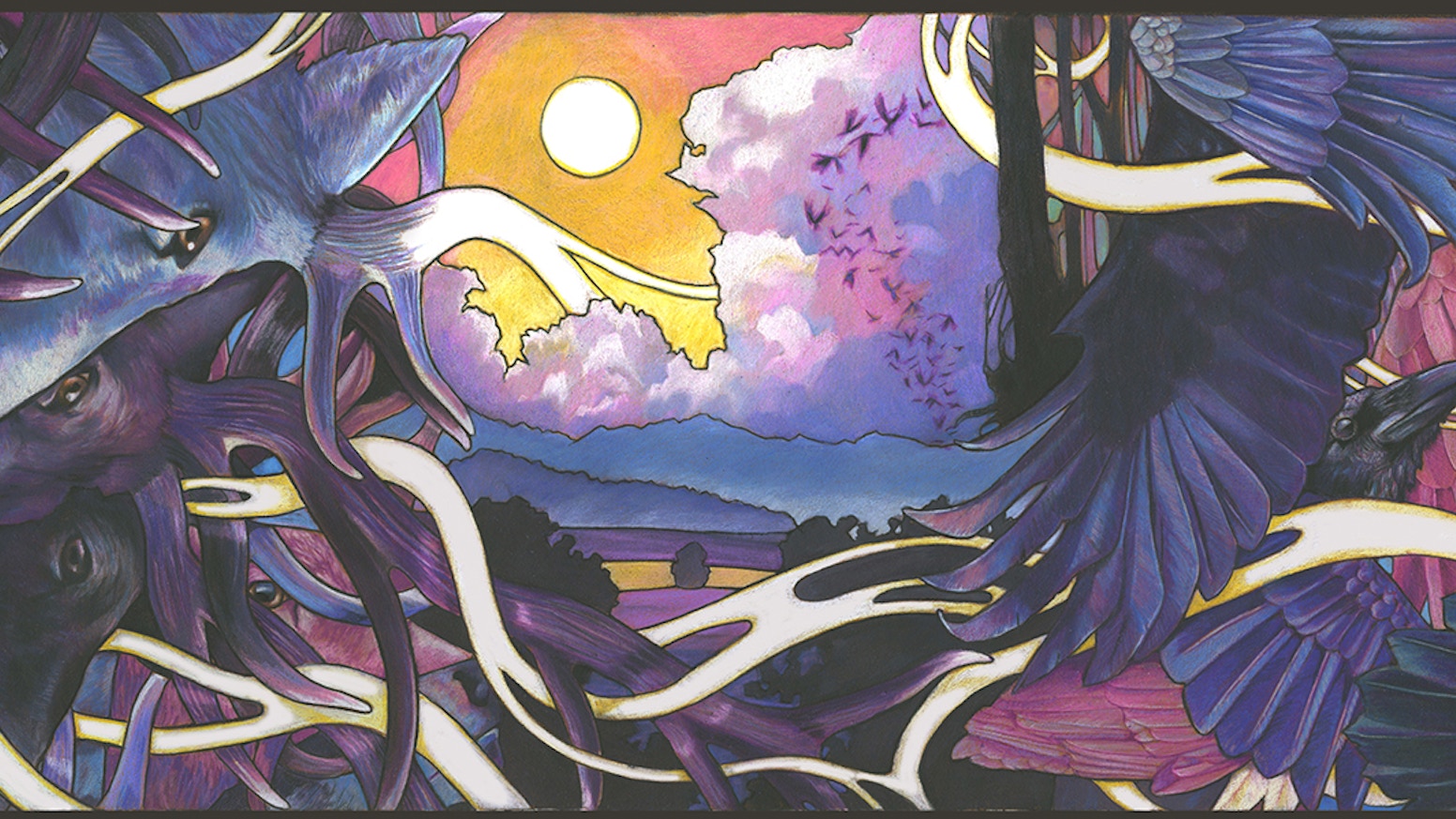